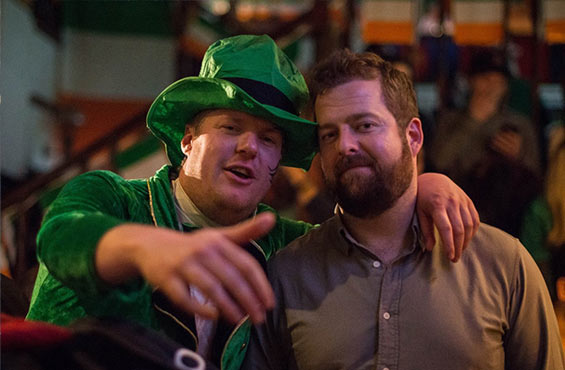 North versus South. Nope, we’re not talking politics here. We’re talking hemispheres. So many Irish people have moved to Australia over the decades that we might think we know all about the world down under. But Australia is only one part of the Southern Hemisphere. Kangaroos, the outback, didgeridoos, boomerangs, barbequing year ‘round, but that’s only one chapter. There’s a lot more to be discovered. What’s really different about the Southern Hemisphere?
Sure, you know that the seasons are reversed. When it is winter here, the weather is heating up there. No doubt you’ve also heard that water circles the drain in the opposite direction in the Southern Hemisphere. False! Scientists have proven that the direction water goes as it circles a drain is down to many other factors such as the design of the sink or tub. The Coriolis force, the natural phenomena responsible for making things move in different directions on different sides of the Equator, only affects large weather systems – not household plumbing.

What’s Big Below the equator?

For starters, it’s a lot less crowded. Most of the earth’s surface south of the Equator is water, more than 80%. Less than 15% of the world’s population lives in the Southern Hemisphere. And it doesn’t all live in Australia. While Oz and South Africa might be the first places that come to mind, the most widely spoken language in the Southern Hemisphere is Portuguese. A quarter of the population of the Southern Hemisphere speaks Portuguese. Remember, most of South America is below the equator and so is a third of Africa.
It’s not all rugged natural beauty. While it’s true that a visit south of the equator is likely to involve a lot of amazing outdoor adventures, the hemisphere does have massive, vibrant cities too. Sao Paula, Brazil is the largest city in the Southern Hemisphere with almost 18 million people. The third largest city, Rio de Janeiro, is also in Brazil. The second largest is Buenos Aires, Argentina. Wait, what about Australia? Sydney and Melbourne are number eight and nine respectively. And Johannesburg, South Africa comes in tenth. But there are a lot of places that are largely off our radar in the Northern Hemisphere. Does it surprise you that Jakarta, Indonesia and Kinshasa, Democratic Republic of Congo have a larger population than Sydney, Melbourne and Johannesburg?
While the climate and the critters are markedly different in the Northern and Southern Hemispheres, one thing is loved with great passion on both sides of the Equator. One field inspires people globally to strive to outdo each other and achieve new levels of excellence. We don’t mean barbeque, although it comes close. We mean sport.
Football is loved by people in every country. The beautiful game is universal. And there is another sport that unites Europe and the Southern Hemisphere. While North America, Africa and Asia remain largely oblivious, rugby rules in Europe and the Southern Hemisphere. While battle rages on the field, the passion in the pubs is good natured. It’s all about the craic and the competition, whether you are shouting for Ireland or the All Blacks. The best matches are those that are closely fought between two teams at their best. And the best place to watch them, aside from the stands, is in a pub full of people who love the game with massive screens for easy viewing.